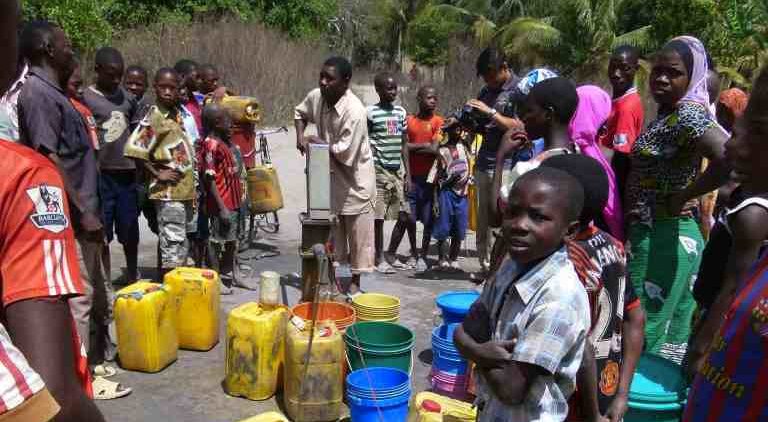 In May 2008, GAiN drilled the first deep-capped water well in Tanzania in the village of Malungo.

This remote village, located in the plateaus just three hours from the town of Lindi, had hundreds of people that were desperate for water. At that time, their only water source had been a filthy swamp.

Approximately two and a half years later, the team went back to visit the village to see how things were going.

When the team arrived unannounced, the first thing they saw was a lineup of buckets waiting to get clean water that was coming out of the pump.

“It was amazing to see the amount of people using the well,” says Dennis Fierbach – Director of Water Strategies.

The village chairman shared that the well was supplying water for three villages with over 8,000 liters pumped every day for the past four years.

All of the water-borne diseases the villagers used to suffer from were all gone.

People had good health and energy to develop their village, resulting in new brick houses that were built and new businesses that were started.

Since the villagers were charged a small fee for the water, the borehole committee also used the well as a source of income to build Malungo’s economy. With the surplus funds, the village built a school, began building a fish-farming business, and was in the process of collecting information to construct a medical dispensary.

“It was so rewarding to see the transformational impact the well had on Malungo,” shares Fierbach. “The well provided hope and acted as a springboard for this community.”