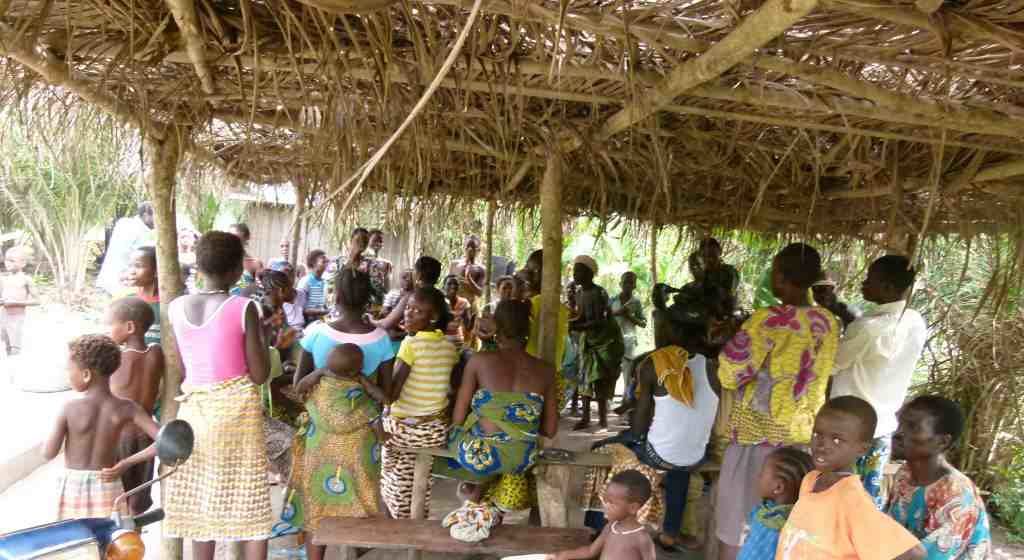 The joy and anticipation that a well brings to a village is difficult to explain to a person that has always had easy access to clean water.

But, for those in Haweme village, they know this desperation far too well. Located in the middle of the jungle in the south of Benin is a village in desperate need for almost every type of service. Locals have referred to it as the “forgotten place”.

After years of suffering from the lack of clean water, Haweme applied for a water well. Since they received no help from the government, villagers lost all hope and never expected to see a well in their village.

Imagine the excitement when – not to long after – GAiN’s team showed up not and told the village that they would soon have a well. They were overjoyed! They had been suffering and for the first time someone took notice.

As a result, their deep-capped well was drilled at the end of 2011.

At the beginning of May 2012, GAiN dropped into the village unannounced to record the thank you video for the donor who provided the well.

To the team’s surprise, there were about 75 people gathered at the well, under a temporary shelter they had constructed. The villagers were celebrating by singing and dancing.

They shared that GAiN must be good people because they brought such a good gift. They went on to say, “we are open to whatever you want to do in our village. Come build a church, help us with a school. We are in desperate need of so many things.”

The team assured them that they would be back.

Today, Haweme is a village that has been transformed as they have experienced the love of God in word and deed.