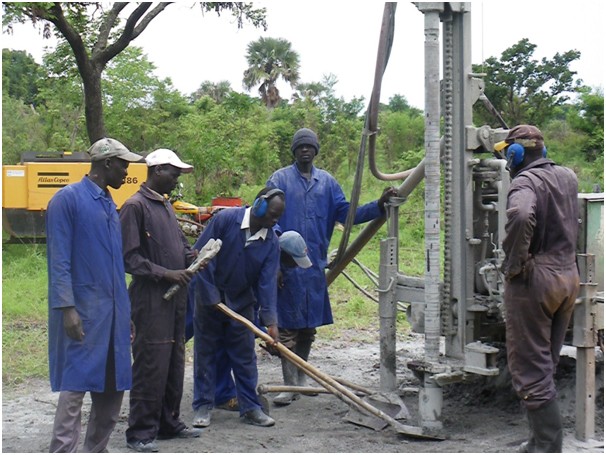 We had been involved in the Darfur region of Sudan since 2004.  In 2006, a critical need was identified in Southern Sudan, in the provinces of Western Equatoria and Bahr Al Jebel.

The government of Southern Sudan faced the daunting task of building up this devastated country which had been in a state of war for 41 of the last 50 years. The most basic of services were missing or unreliable; water, food, permanent shelter, roads, infrastructure, and agriculture; to say nothing of addressing the deep mental and emotional wounds of the Sudanese survivors themselves, including children, most of whom had witnessed physical maiming, torturing, and killing of neighbours, friends, or family.

It was widely reported that over half of the water pumps in Southern Sudan no longer worked and only 25% of the population had access to safe drinking water. It was estimated that 15,000 to 20,000 water wells would be needed in the next few years. As a result, we partnered with a relief organization, International Aid Services (IAS), with much experience in Southern Sudan, to combine our strengths in feeding people and drilling water wells.