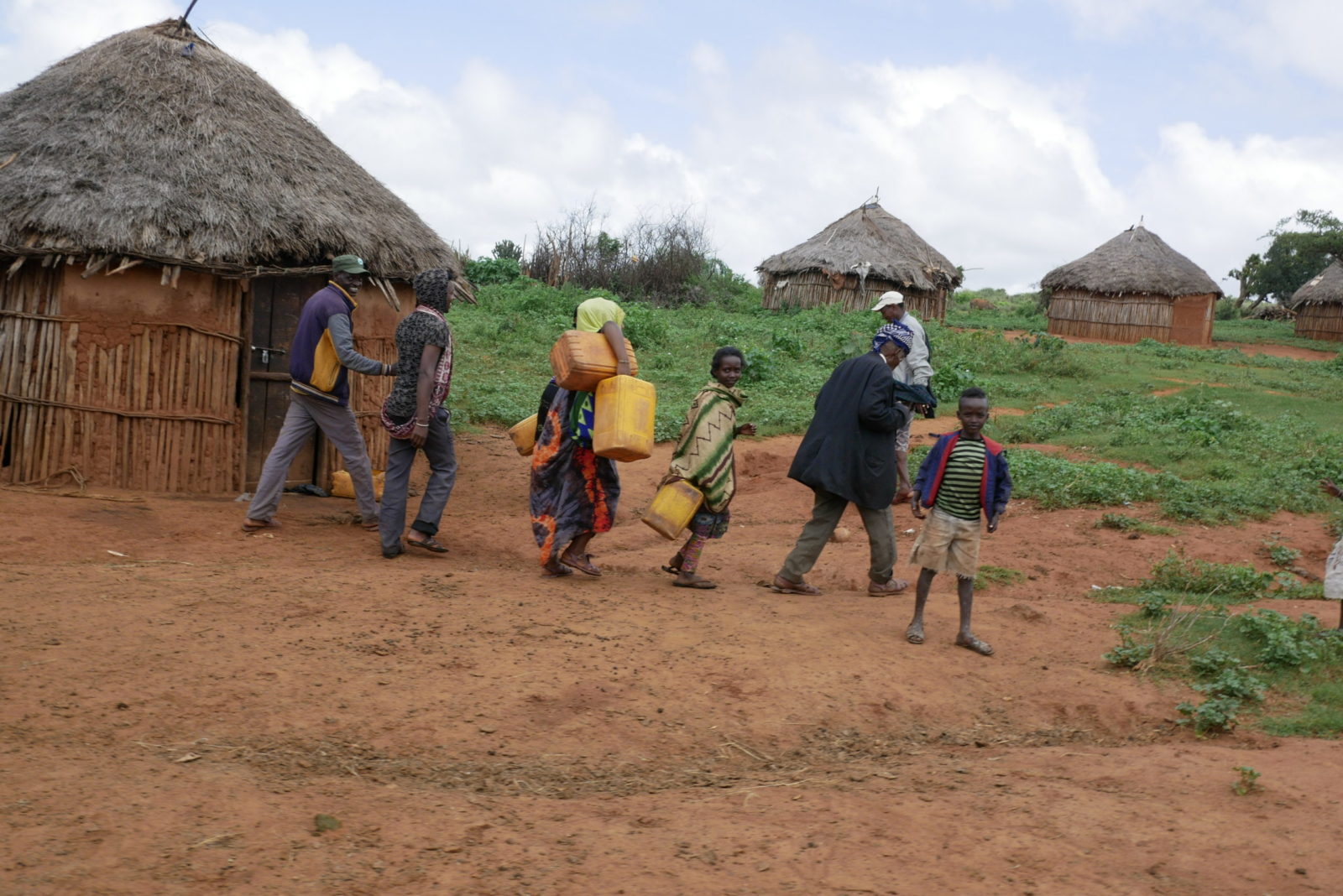 “Your actions have matched your words,” shares Waqo Alaqhe, the leader for all of the 12 clans. “You promised that you would help us and you have. We trust you and I want to hear more about your God!”

The door was now open for the Gospel.

Their physical needs were being met through the work of Global Aid Network (GAiN) Canada and they were witnessing God’s love through GAiN’s actions.

Villagers were ready to hear more about Jesus now more than ever.

In December 2011, the JESUS Film Church Planting Strategy (JFCPS), came to Gadhamoji and showed the JESUS Film. 1,000 villagers heard the Good News in their own language for the first time. 70 made decisions to follow Christ, resulting in a new church plant. Six months later, this church grew to 250 members who were worshipping weekly.

But the transformation did not stop there!

Since the Gadhamoji Borana are well-respected among the other clans from the surrounding villages, others noticed the changes in their lives. Villagers had been freed from evil spirits and demon possession. People had experienced peace after years of bondage!

As a result, villages that were previously closed to the JFCPS team were now welcoming them with open arms.

“In all my 27 years of ministry, I have never seen such a response to the Gospel and such a movement of the Holy Spirit,” shares Ken Priebe, Director of Church Planting.

The Borana are the most unreached people group in Ethiopia. Most of them are followers of traditional worship called ‘WAQE FETA’, which embraces the worship of trees, rocks and witchcraft, and some are followers of Islam. Yet, people are turning their lives over to Jesus daily.

With such an openness among the Borana, the JFCPS team has decided to double the number of church plants from 24 to 48 in the upcoming year.

This holistic strategy made an impact on thousands of people in such a short time.

Recognizing that the harvest is plentiful (John 4:35), the JFCPS did not want to miss this moment that the Lord entrusted to them.

After discovering members of the Borana tribe were starving and gathered together at the Gadhamoji village located approximately 147km south of Yabello, Ethiopia, Global Aid Network (GAiN) Canada responded with immediate food and plans to assist in their long-term recovery from the drought crisis in the Horn of Africa.

“He said…‘Help us before we die like our cattle,” GAiN’s director Bill Blaney explained, referring to his conversation with a Borana clan leader.

The group numbers 2,500 people, with members of 364 families from 12 different clans. Cattle herders, these semi-nomadic clans gathered annually on a ceremonial land in the bush. With the vast majority of their livestock dead, they elected to remain together indefinitely in one spot.

By September 11, 2011, GAiN and its local partner had begun the first food distribution, which consisted of maize, beans, cooking oil and Fafa. One hundred and six children and many of the elderly were considered severely malnourished.

GAiN’s intervention was timely as tribe members had not eaten for a month. According to one Borana woman, a number of aid agencies that passed through the area had promised to return with food. After hearing this, Blaney was firm: “We will deliver on what we promised.”

With the support of many partners over the last 11 months, we have been able to fulfill this promise by providing

(Note: due to the lack of belg rains in the summer of 2012, which resulted in crop failure, we want to ensure this group does not become sick and malnourished once again. As a result, $252,000 still needs to be raised in order for the monthly distributions to continue into the spring of 2013.)

“Your actions have matched your words,” shares Waqo Alaqhe, the leader for all of the 12 clans. “You promised that you would help us and you have. We trust you and I want to hear more about your God!”

We are committed and are making plans to help this group toward full recovery, but the drought that has ravished their land and taken their cattle is not finished yet. The spring and summer rains have failed. As a result, these people may not survive without help from people like you.

We remain gravely concerned about the continuing drought in southern Ethiopia. With the government categorizing the Gadhamoji village as a “highly affected area” and the next big rainy season nine months away, the need is still very real.

Without your help, this clan of 2,500 people will begin to decline to where they were before we became involved and many may die.

We are committed to raising funds and providing food for the 2,500 Borana people.To add to the desperate situation, water is scarce. As a result, GAiN, in partnership with a local organization, is committed to drilling 24 deep-water wells. Will you help us in providing clean, disease-free water for the Borana people?

There is an ancient Borana proverb that says, “When a person injures their leg they need to have a staff to help them walk.” The Borana people now add, “GAiN has provided that staff for us. In light of the ongoing drought, please don’t take away the staff that you have provided so that we do not fall down as we did before.”

As we have journeyed with the Borana in southern Ethiopia over this past year, it has become apparent that there is an urgent need for water. Very few wells exist in the area where we are working and their only other source of water, which is parasite-ridden, is evaporating daily due to the severe drought.

With a desire to see them have disease-free water, we’ve partnered with a local drilling company (IAS), which helped with the water project in southern Sudan.

52 wells have been provided, meaning 52,000 people received clean water and a total of 171 people attended hygiene and sanitation training.