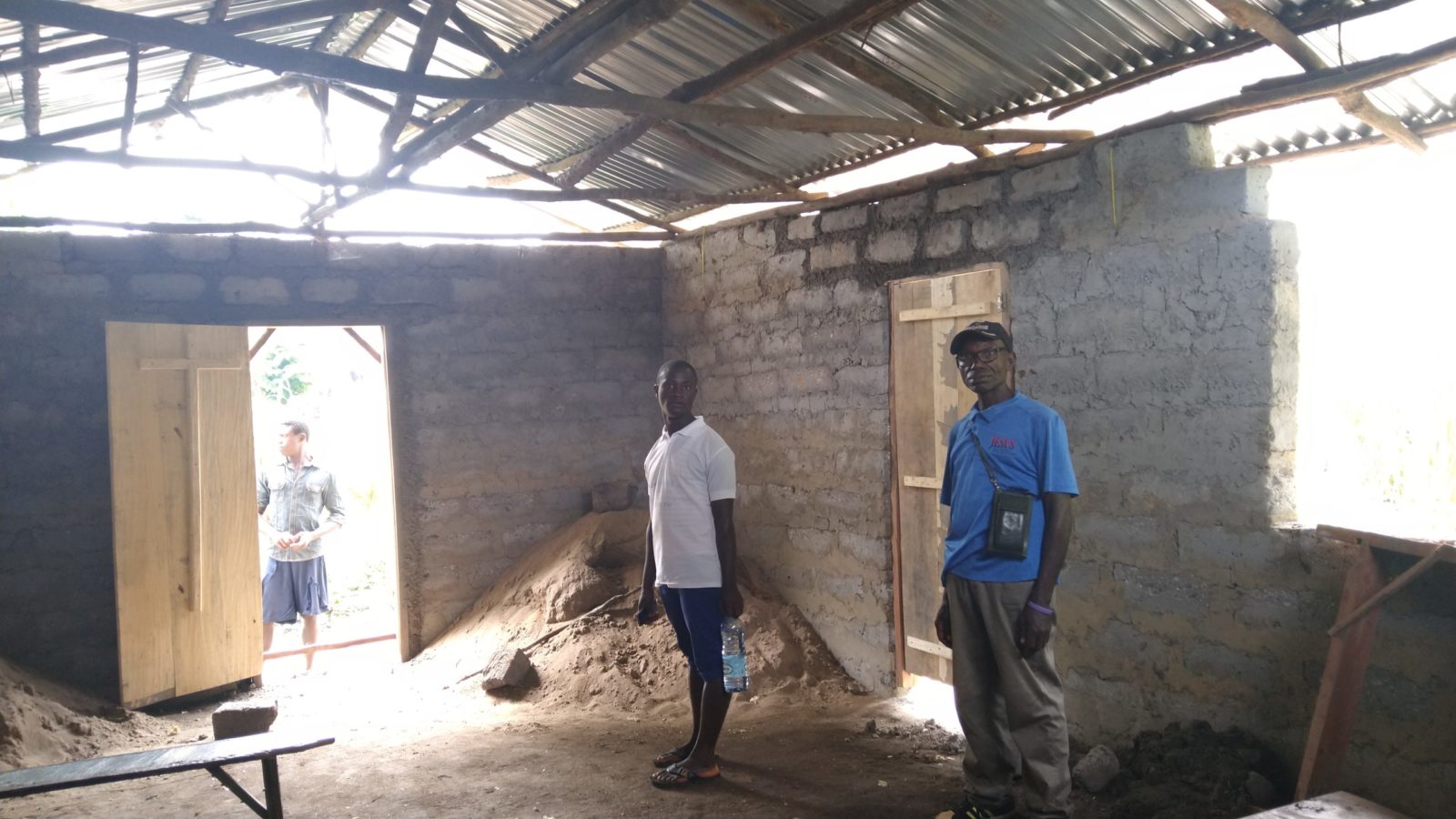 In Sierra Leone, when a person speaking the Krio dialect wants to indicate that they are moving forward at a slow but steady pace, they express it by saying, “Small small.” For the past year, this is how the pace of forward movement has seemed as we have been seeking the Lord for His means and timing to reach the Bom Tribal District. Today, we have begun seeing the fruit of that slow but steady forward movement.

To date, JESUS Film Church Planting Strategy (JFCPS) has planted nearly 20 churches in the area surrounding, as well as on the outer fringes of the Bom Tribal District. The specific church plants have been across the Wannje River in Bom territory; two of which are jump-off points to penetrate further inland.

The village of Bandakor is the first village one reaches as they travel down river by canoe. It is also the village in which a church building was erected entirely with the labour and finances of the villagers themselves. This even included the galvanized zinc, which was provided by the New Harvest Ministry denominations; the ministry JFCPS partnered with to plant the church in the first place.

All maps indicate that Bandakor is also the ideal jump-off point from which to travel inland towards the Lake Kwako region – ground zero for the Bom Tribal district.

As the JFCPS team was praying and strategizing after a wonderfully spicy chicken and rice dinner, they shared with Pastor Alex that Lake Kwako – although not exclusively their target – was their ultimate destination.

Almost casually, Alex Paul Gbenga, our church planting leader for the region, mentioned that the Lake Kwako Tribal Chief was his sister-in-law’s uncle. The Tribal Chief was in Pujehun hospital for care back in July, at which time Alex Paul shared with him the ministry work JFCPS was engaged in. The Tribal Leader let Alex know that they are always welcome to plant a church there at any time! In fact, the people there had been praying for some time for someone to bring Christianity there!

The team was so astounded by the confluence of “God threads” that they asked Alex to repeat the course of events two more times, just to be sure they understood correctly. Now, to be sure, fulfilling the chief’s request will have its challenges. The team is learning that Lake Kwako is unreached because it is only accessible by canoe between the months of June through October.

Praise Jesus that the Lord has already planted the church and permanent building in Bandakor, the best jump-off point for future penetration towards Lake Kwako.

Please pray for the Lord of the Harvest to raise up labourers to become Action Group members who will follow up a future church in Lake Kwako, when the time comes, as well as raise up leaders to ensure that the new churches in that area (and others throughout the region) would develop deep roots in both the Word and the grace of our Lord. Jesus is jealous for His Bride, and it seems clear to the team that He has blueprints for us to follow. May we be attentive and obedient to His leading!