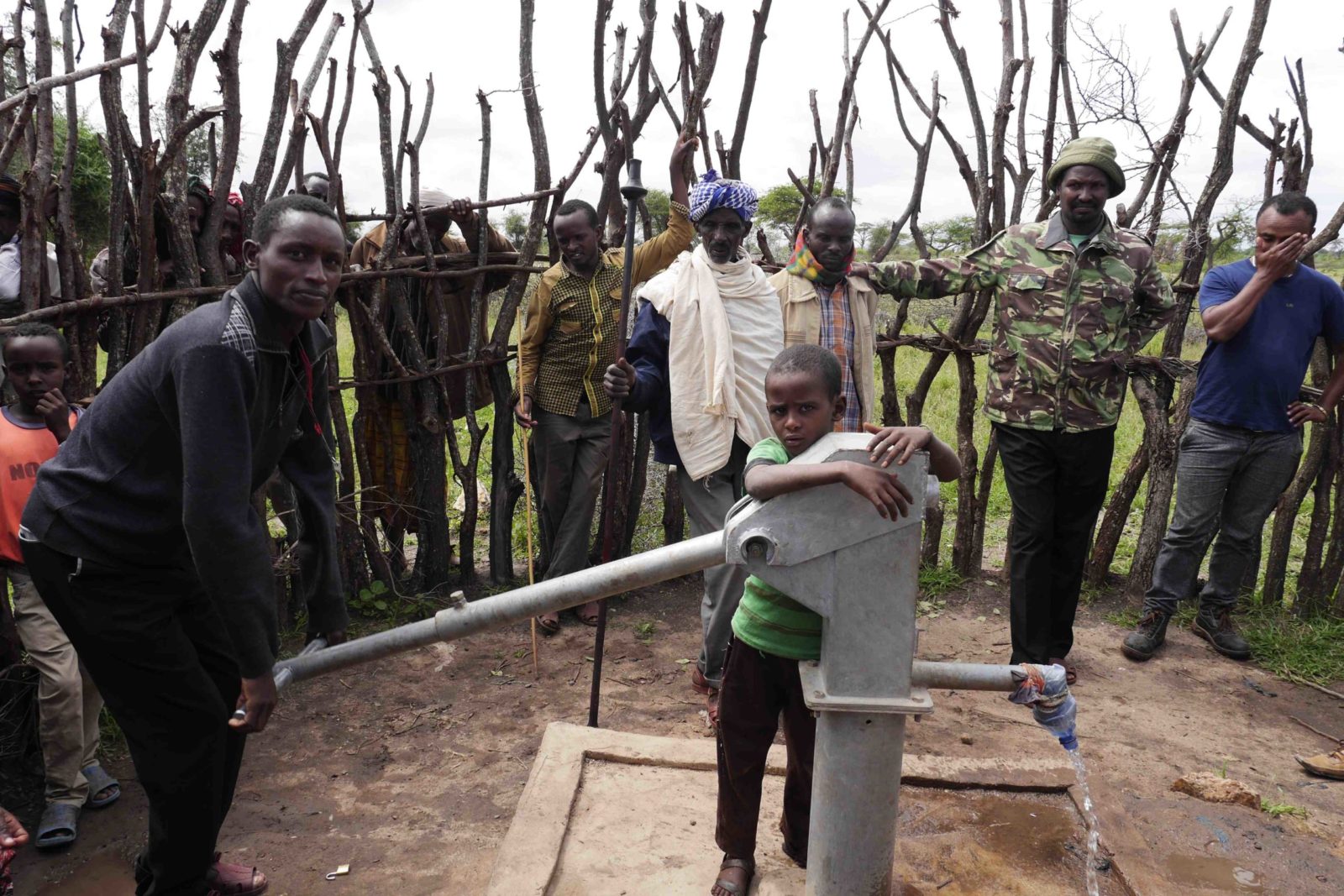 In Word and Deed

In November 2015, our GAiN Water for Life Initiative Team visited Ethiopia and brought back good news from a poor, remote village in the dry region of Southern Ethiopia – Ame Serba.

A newly-drilled deep-capped well had been finished and the team was there for the dedication.

Almost the whole village of goat and cattle herders turned out, dressed in their ceremonial dress to welcome the team and celebrate the new well. Old men came with tall carved sticks–the privilege of village elders, and the women came with festive trinkets in colorful dresses ornamented with gourds.

The village elders ceremoniously bestowed Borana turban headdresses on the GAiN staff to welcome them to the village.

The villagers were so overwhelmingly appreciative of the well!

It had changed their lives as a tribe and reduced the premature death of livestock due to water shortage. Women and young girls were unquestionably tasked with fetching water, and it was not uncommon to see girls 10 or 12 years old with large jerry cans strapped to their backs that they carried for long distances. Having the well close by was now saving women and girls precious hours every day. Today, they now use these hours to do more productive work on the farm and in their households, as well as go to school.

Through the partnership with the JESUS Film Church Planting Strategy team, the JESUS Film had also been shown in this village and a new church had been planted. After the dedication, the GAiN team met the new church congregation, which included the leader of the village and many other villagers.

It was so moving for the teams to see, with their own eyes, all those who had been impacted from this partnership and that God’s love had been demonstrated, both in word and deed.

THERE ARE MANY OTHER VILLAGES LIKE AME SERBA THAT NEED BOTH CLEAN WATER AND THE LIVING WATER.

WOULD YOU HELP PROVIDE CLEAN WATER TO VILLAGE?