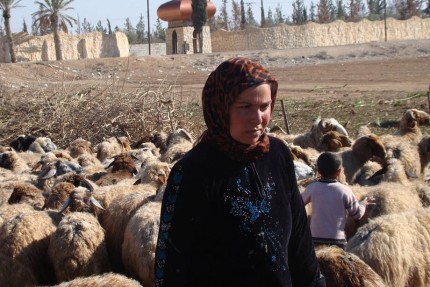 23 July 2015 – Syria’s food production in 2015 remains at 40 per cent below its pre-crisis levels, impacting the price of bread, which has spiralled by 87 per cent, and shrinking poultry production by half, according to a United Nations agency report released today that warns that “the risk of irreversible damage to the children is real, with tragic future consequences.”

“The evidence is clear: almost five years of conflict have destroyed the Syrian economy and the people’s ability to buy essentials like the food they need to survive,” said Arif Husain, chief economist of the UN World Food Programme (WFP).

The UN Food and Agriculture Organization (FAO) and the World Food Programme (WFP) said in their special joint report based on a crop and food security assessment mission to Syria that the 2015 wheat crop is expected to be better than the 2014 drought stricken harvest, but is still 40 per cent lower than pre-conflict production levels and “will not lead to significant improvements in the overall household food security situation.”

“Although Syria’s current harvest is better than expected due to abundant rains, the country’s agriculture sector remains decimated by the conflict. Urgent donor support is needed to ensure farmers can meet the upcoming cereal planting season, beginning in October,” said Dominique Burgeon, Director of FAO’s Emergency and Rehabilitation Division.

The report said agricultural production continues to be impeded by shortages of fuel, farm labour and agricultural inputs, including seeds and fertilizers; high input costs and unreliable quality; as well as damages to irrigation systems and farming equipment.

Livestock production is also gravely affected by the conflict, the agencies said.

“The sector, once a major contributor to Syria’s domestic economy and to its external trade, has seen reductions of 30 per cent in cattle and 40 per cent in sheep and goats, while poultry, usually the most affordable source of protein in people’s diets has shrunk by 50 per cent,” according to the report. “The report also noted that the country’s veterinary service is rapidly running out of vaccines and routine drugs.”

And after being relatively stable in 2014, food prices began increasing sharply in early 2015 in the wake of lower government subsidies and exchange rate depreciation, the report noted.

“Critically, the price of bread has spiralled in the past year, increasing by up to 87 per cent in public bakeries,” it said.

The report said families were found to be spending more than half of their incomes on food and in some places such as Sweida, Aleppo and Hama this share is higher and has jumped to almost 80 per cent in Dara’a, one of the areas which have witnessed some of the most intensive fighting.

While an end to the conflict remains the main precondition for ensuring that people in Syria have adequate access to food, the FAO-WFP report recommends that in order to strengthen the resilience of affected communities, the establishment of village-based private seed production and distribution centres, promoting backyard vegetable and poultry production through distribution of improved seeds and chicks, as well as providing livestock vaccines and veterinary drugs.

“We worry about the continued displacement and its impact particularly on women and children,” said the WFP economist, Mr. Husain. “The risk of irreversible damage to the children is real, with tragic future consequences if this conflict lasts much longer.”