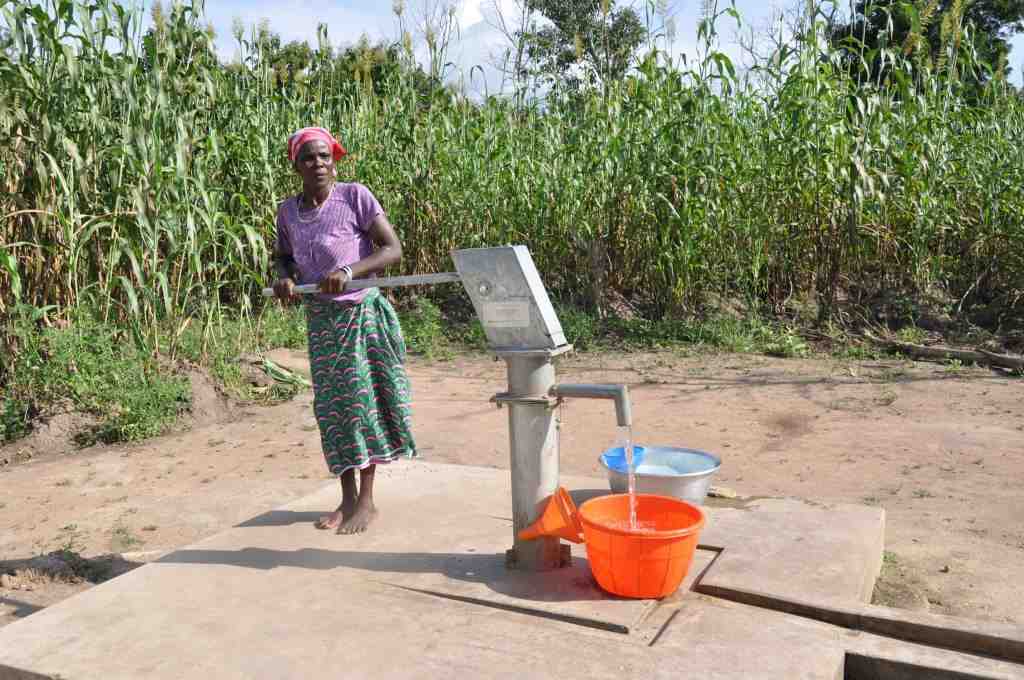 CHILD’S FUTURE LOOKS DIFFERENT BECAUSE OF ONE WATER WELL

It sits stagnant, murky, and at times almost black. Garbage and waste float on its surface. Riddled with disease and parasites, it is the only source of water for thousands living in the remote regions of Benin, West Africa.

Women and children crowd around the uncovered opening of an old hand-dug well, vying to lower their buckets into the ground. They wait. Fights break out. Some women choose instead to travel at night to collect water, leaving them open to many dangers.

Lingering nearby the well is Debora. A grandmother in her late 50’s, she has grown weary from many hardships. She lowers her bucket into the well, fills it with the putrid liquid and pulls it back up to the surface.

With 45 pounds atop her head, she trudges homeward through six-foot tall grass and comes to a stop at a highway.

She waits as cars and trucks go by— often up to 30 minutes—before it is safe to pass. Others have been killed while crossing the same road.

After Debora’s two-kilometre trek, she arrives home to her children and precious 11-month old granddaughter, Naomi. The very water she takes pains to provide them may make them ill, and could ultimately cause their death. But, tomorrow, she will go again.

She has no other choice.

“The situation was so bad that I literally cried every night,” she says. “The stress of collecting water was causing problems in my marriage. I prayed to God to find a solution.”

By providing deep-capped water wells right in the heart of villages, Global Aid Network (GAiN) is helping to break the cycle of disease and death that devastates much of the developing world.

Women are able to care for their families. Children are going to school instead of travelling long distances to collect water. Agricultural production is increasing, community gardens are being grown for profit, businesses are being launched, and water-borne disease has been eliminated.

Since GAiN provided a well in Debora’s village, her life and the lives of her family members have been radically changed. She no longer spends her days travelling to collect dirty water. Now, she goes to the local well and fills her bucket with pure, fresh, disease-free water for her family. Her children and grandchildren no longer suffer from debilitating sickness.

When Debora looks at her granddaughter, she has hope for the future. Naomi will not walk the same road as her grandmother. She will have opportunities generations before her did not have. She will play. She will go to school. She will engage in her community.