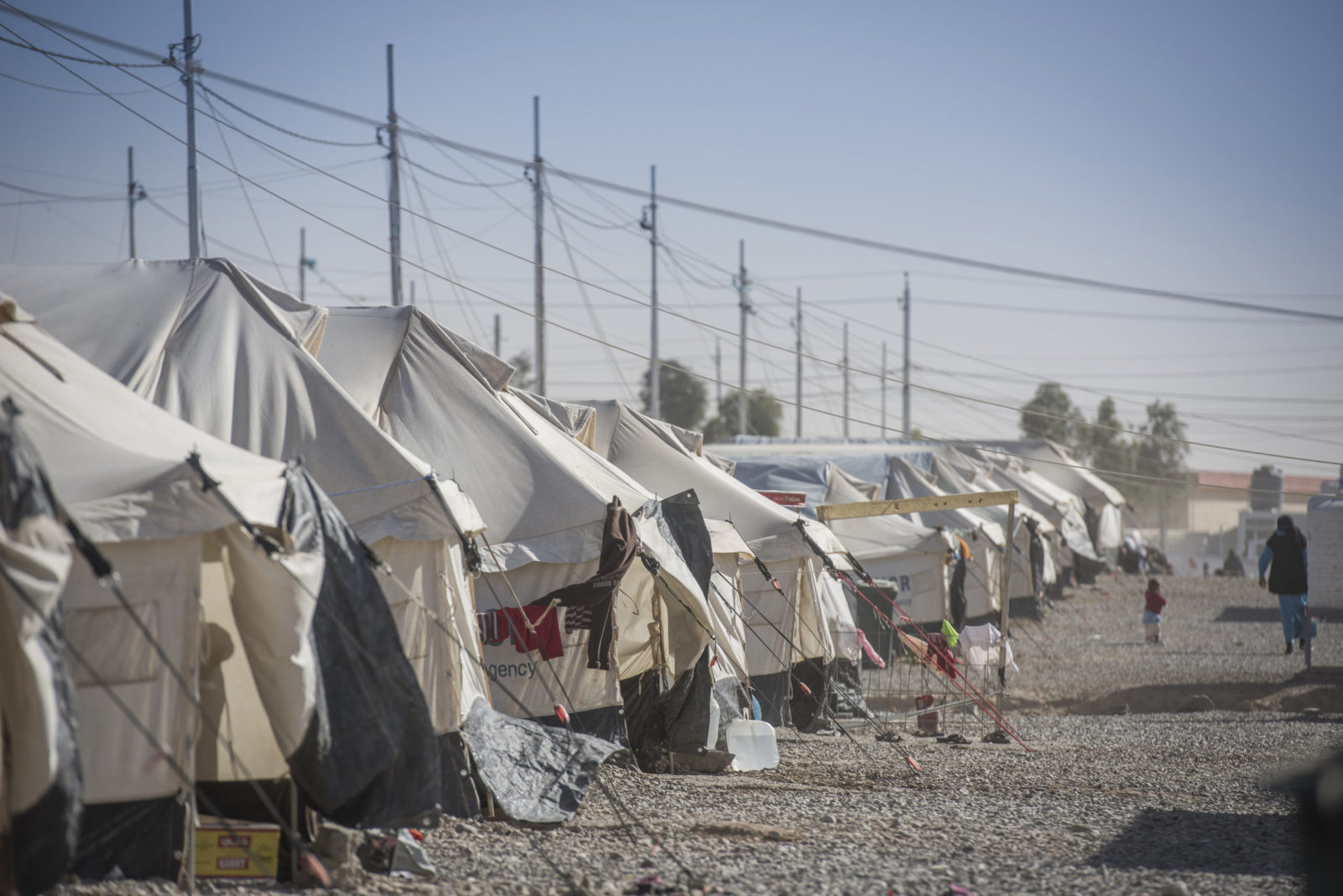 The city’s residents had been living in deteriorating conditions under ISIS rule for the past two years, some describing it as a “big prison.” But more than half a million children and their families are fleeing Mosul and the devastation that occurred since October of that year.

In fact, according to the citizen journalists’ group Sound and Picture, at one time, IS hung 20 heads at the Mosul city gate as ‘blood propaganda’ – a warning for soldiers or citizens not to enter to leave the city. All in Mosul and those who are fleeing, face danger and possibly death.

There was an estimated 1.5 million civilians living in the city. However, up to 340,000 of them have been displaced since October. Of those, about 72,000 have returned home.

ISIS has executed anyone caught with a cell phone. Thousands of people were been used as human shields in the city, making targeted strikes incredibly complicated. And the population had been told that they would fight to the death, even as they send their families across the desert toward Syria.

We worked with partners on the ground to aid refugees and provide daily necessities and food.

MERCY IN THE MIDST OF UNCERTAINTY

When the US-led Coalition moved into Iraq a flood of refugees left Baghdad. Many Iraqi families were left homeless and in urgent need of food and relief aid. In partnership with New Life World Aid, we immediately saw the need and started reaching out to refugees with “Boxes of Blessings.”

One report from our distribution staff read:

“Today we were able to visit three families. This was great to see the smiles on their faces and the joy of receiving the bags of blessing. The three families were all in desperate need of assistance as no one in the family worked and they had no means of income. The first family of 3 sisters and one brother had some kind of paralyzing disease and all were in various stages of incapability. The brother was bed ridden, one sister walked with a walking ring, one was in a wheelchair and the other one was so weak she could not sit up. The Box of Blessing is all that keeps them from starvation. I asked permission and prayed for them. It was a very humbling experience.”

32,000 of these boxes were distributed to 250,000 displaced Iraqis. Each box can feed a family of seven for up to two weeks and included non-perishable food items such as rice, hummus, corned beef, milk powder, spaghetti, cans of tuna, flour and sugar.

“For many Muslims, this is the first time in their lives they have received this kind of help and love. They are so happy to receive the box,” said Mahir Habib, a church leader in Baghdad. Another leader who helped deliver the boxes said, “The women who received the boxes wanted to hug us but they were a bit ashamed or shy because of culture. They are so happy to find that there are still kind people who will express the love of God to them.”

Displaced Iraqis had a shortage of food, clean water and medicine. Half a million were taken refuge in Jordan and 300,000 others are scattered throughout Turkey and Syria.

By the end of this project, $320,000 in Gifts in Kind (this includes food items, highly nutritious baby food and clothing) was trucked to Iraq.