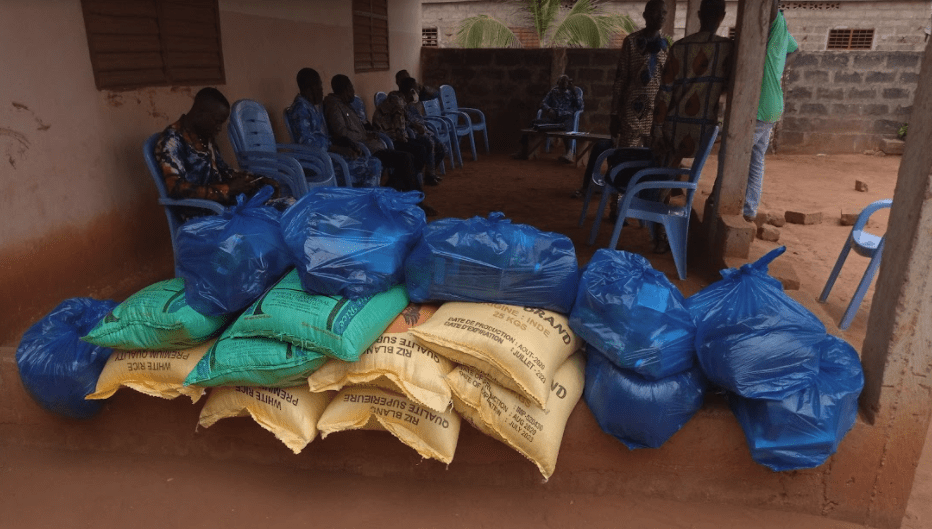 Wrapping Up The Pastor Support Program

When we started the Pastor Support Program (PSP) last year, we didn’t know that pastors would still be feeling the effects of the COVID-19 pandemic a year later. For pastors like Hountondji Pulcherie in Tori Cada Lokossa 1, Benin, the aid received through the program helped her considerably.

“I thank the donors for everything they are doing because I benefited,” the Foursquare pastor said. “I shared it with some members who had, in the meantime, stopped coming to the church.”

As part of our Water for Life Initiative, the PSP was started in Spring 2020 as a way to support pastors who were having a tough time providing for their families during the pandemic. The pastors we’ve worked with have all previously engaged with GAiN over the years that we’ve been working in Benin and Togo. Government restrictions to help limit the spread of COVID meant that churches could not gather as they used to. Many of the congregants even lost their jobs due to the crisis. Even when some churches were able to partially reopen, some church members simply stopped attending. This has affected the church in different ways, as it hindered doing ministry and resulted in reduced offerings. The negative impact was strongly felt by pastors, as some churches had to cut their pastor’s salaries in half.

In July 2021, we started phase 2 of the program. The PSP in Benin completed the first of eight distributions in July 2021. Twenty-six pastors each received a bag of rice, beans, oil, soap, and a small gift for their children. Pastors also attended a three-hour workshop at the GAiN Benin office. They received Bridge to Life booklets to assist them in their evangelism and discipleship work.

In Togo, the first distribution happened in early August. The team planned 15 different distribution sites spread throughout the country so that pastors in different areas didn’t have to travel too far to get their packages.

These distributions have been helpful during this season, especially for those who live in areas where Benin and Togo have experienced an extended drought. The drought has led to high food prices and increased food scarcity.

“I thank GAiN for these gifts that [were] sent [to] me,” expressed Jonas Fangla from the Pentecostal Church of Afekpa in Togo. “I really appreciate it. For this love demonstration, my family and I are very grateful for it. May God bless you a lot and the donors also.”

Komlan Gaglo from Baptist Church of Adeta Akorome in Togo said, “I can’t find the right word[s] to thank and bless God for the life of all staff who remembered me and my family during this difficult time, due to the COVID-19. I pray that God bless[es] you more than what you expected.”

The remainder of the PSP was officially wrapped on September 5. To date, a total of 200 pastors in Togo and 475 pastors in Benin have received support. Our prayer is that this project will continue to bear fruit beyond just providing for pastors’ basic needs.

With pastors receiving support, it’s our hope that they were able to reach those believers who stopped attending church due to the impact of the pandemic.

2 responses to “Wrapping Up The Pastor Support Program”