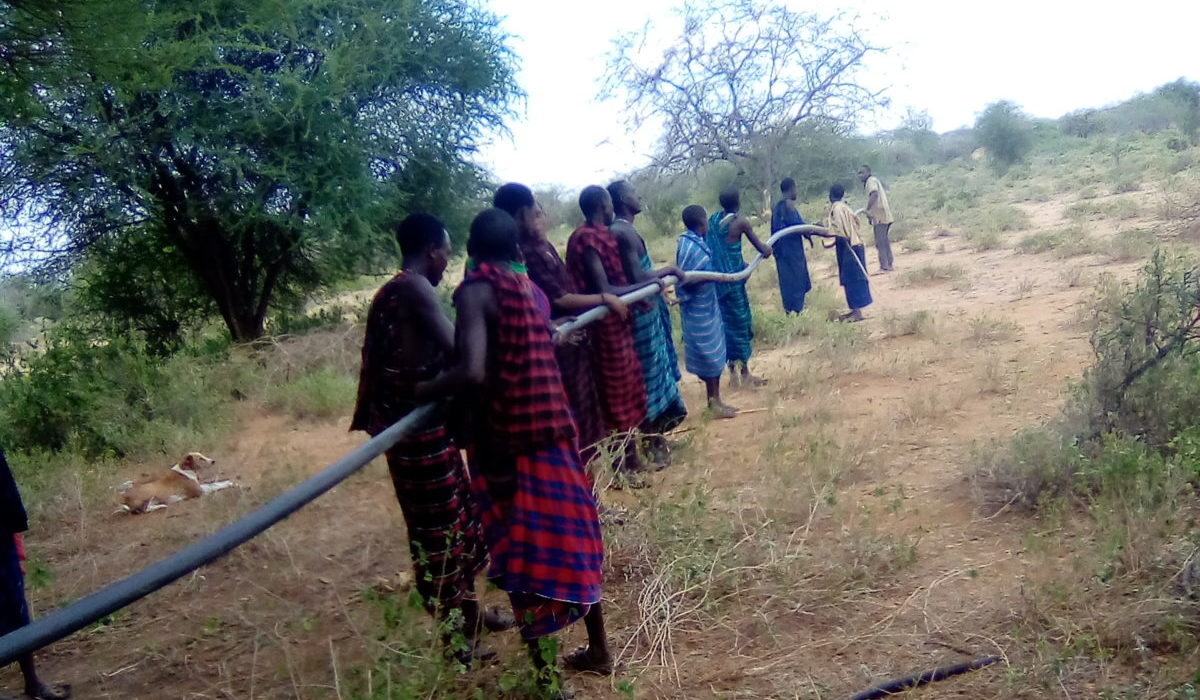 Expanding Our Reach in Benin and Tanzania

When the world shut down in March 2020 due to the COVID pandemic, GAiN was also forced to pause its Water for Life Initiative drilling operations in Benin, Togo, and Tanzania. Our teams continued to provide hand washing stations and hygiene and sanitation trainings to rural villages in the months that followed. While we had to also pause our church mobilization and multiplication activity, we focused on supporting local pastors with food aid packages to help get them through while churches were closed or attendance was low.

We were thrilled when we were finally able to restart drilling operations by the end of August. Since then, we’ve been able to provide 153 productive wells.

“We bless the Lord and [want to say] a sincere thank you for this [well],” expressed Dieudonné, village chief and farmer of Gbandan Centre, Benin, shared with GAiN in March 2021. “[Before we received our well in February 2017], our suffering was enormous. Today, we have water at all times. The quality of water surpasses the surrounding waters. Hygiene and sanitation training has helped us a lot. Today, COVID-19 has [encouraged] everyone to wash their hands, something that GAiN has taught us long before. The population knows that they must wash their hands regularly.”

Since September, in partnership with local churches, we were also able to plant 39 churches. Following each country’s health and safety guidelines, we stuck to smaller showings of the JESUS film and incorporated more door-to-door evangelism. Despite the restrictions, a total of 21,696 people have attended a JESUS film showing and 3,510 made decisions to follow Jesus. An unexpected upside to the restriction of size gatherings, our team reports, is that people feel more comfortable coming forward to accept Christ when they are in smaller groups.

In the past year, two new drilling rigs were donated, one for Tanzania that started operations in September 2020 and one for Benin in April 2021. These rigs are each expected to help provide access to clean water to approximately 70,000 people per year! The rig’s higher drilling capabilities will allow us to drill deeper wells (up to 200 metres) in places where we could not before.

In addition to restarting regular operations, WFLI has also started a few new projects. Recently, we’ve partnered with GAiN Switzerland on a water project in the Maasailand area of Tanzania. This is a new region in the north that we haven’t worked in before.

“This partnership between GAiN Switzerland and GAiN Canada is significant because of the integration of two international GAiN offices (in Switzerland and Canada) who are working together with GAiN Tanzania to reach the Maasai people of northern Tanzania,” Steve J. Thompson, Director for WFLI, explains. “Surface water is very scarce in the Maasailand region, and we’ve needed to go deep into the ground (up to 180 m) to find clean water. Without the partnership of GAiN Switzerland, GAiN Canada, GAiN Tanzania, and Swiss donors, this work would not be possible.”

The water wells in this region are deeper than the water wells we drill in the south of Tanzania, requiring submersible pumps and water towers in these villages.

“[This] requires the use of a generator,” Stephanie McDonald, Project Manager for WFLI, explains. “When the generator is switched on, the submersible pump will pump water back into the 3000L water tank. Villagers will be able to get water from the tank by the tap.”

We’ve also started the AFA project in Benin and Tanzania. AFA stands for Anii, Fulfulde and Assa, the three unreached people groups (UPGs)* – two from Benin and one from Tanzania – that we’re focused on reaching over the next three years as part of our church mobilization and multiplication strategy. Project activities have started in March, with our teams surveying villages in the surrounding areas to learn more about the UPGs, in hopes of getting a better understanding of the spiritual climate.

“These questions are important [to ask], first, because it is not always easy to find the people we are trying to reach,” Eric Rose, Mission Integration Director, says. “Sometimes, civil unrest or sickness or famine can cause groups of people to pack up and relocate elsewhere, so making sure we are in the right place is critical.”

Asking the right questions will help our teams learn key information, such as where the majority of the UPG is located, why it is still unreached, the religious or worldviews of the people group, the primary language, and if there are any existing churches among these groups.

Thompson adds, “Through integral mission, we intend to continue to strengthen existing churches, plant new churches, and equip pastors, lay leaders and other members of the community in the methods of discipleship and evangelism. Additional support will be provided to pastors through focused teaching on servant leadership, and the provision of funds to attend seminary to strengthen their Biblical roots. This project demonstrates the integrated body of Christ through our financial partners, local churches and national GAiN staff.”

Thompson shares: “Seventy-five per cent of funds required for this project were raised from local donors in Benin who are partnering with Canadian donors to ensure its success. This shows how the strength of believers across continents and oceans can work together to further God’s Kingdom.”

This project is significant, Thompson says, because it will reach the predominantly Muslim areas of the country. “Many individual attempts to reach this area with the gospel have been repelled, but through our partnership with Pioneers, we are praying that many would respond to the gospel message.”

As the year rolls on, we continue to work toward building a world where human flourishing is restored and water poverty is eradicated through the power of the gospel. With the addition of these new projects, we are excited to expand our reach so that more people can experience whole-life transformation through safe water and the Living Water.