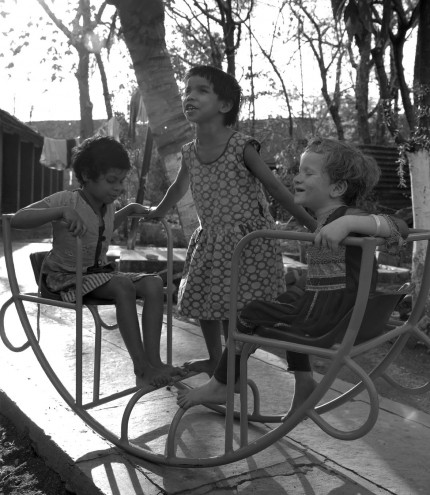 Unique in His Sight

Having only a 7th standard education, poor and struggling to make ends meet, Sakshi’s parents felt caught in a web from which they couldn’t free themselves. Their little daughter had special needs: she was an albino and virtually blind. In rural India, many people have misinformed, cruel beliefs.

Parents of children with special needs suffer from these beliefs that are often inflicted on them…indeed the parents themselves may believe that thy have been cursed by the gods for some unknown evil they committed and can’t undo. Their lives can be miserable, isolated from others, and they inwardly suffer.

External sufferings can pursue them as well. Sakshi’s parents worked long days in the hot sun in the fields for pitiful daily wages. Not able to leave their small daughter at home along, they took her into the fields with them. They had to worry about her wandering into hazards, unaware of dangers she could not see.

Since her skin had no pigment for protection from the sun’s rays, she often burned from sun exposure. Her eyes ached from the brightness of the sun and rendered her blind. In the dark, she could see a little and the eye pain eased.

Sakshi’s uncle knew of an amazing home. Someone near to him had a daughter, Ranjanan, who lived and prospered at Mukti Mission. She, too, was an albino who had been born into very similar circumstances. Entering Mukti as a toddler, Ranjana now was studying in college to become a teacher. These folks urged the uncle to encourage Sakshi’s parents to bring her.

How grateful they were!

Only a few days after being admitted into the Bougainvillea Family, Sakshi is being doted on by loving Mukti caregivers. Donned with a ruffled white bonnet to protect her face from the sun, she climbs into the arms of staff that cheerfully carry her about, introducing her to the vast wonders of her new home!

God’s love has been poured out toward those who would surely suffer from lifeliong inequalities and discrimination.  Uniquely and wonderfully made, these little ones will have opportunities at Mukti that likely would have been impossible for them otherwise.